Lionheart follows a young knight named Robert Nerra (Eric Stoltz) as he leads a band of orphans to join Richard’s Crusade, all the while pursued by the ominous Black Knight (Gabriel Byrne). The film begins with Nerra being knighted to serve his father, the French lord Simon Nerra (Bruce Purchase). The following day, Simon, Robert, and his uncle Charles join in battle against one of Lord Nerra’s rivals, and Charles is killed. A traumatized Robert flees the battle and decides to join Richard’s army in Paris. En route to Paris, Robert encounters two orphans (and former child slaves), Michael (Dexter Fletcher) and Blanche (Nicola Cowper). He agrees to escort them to Paris, where they hope to find safety. However, the Black Knight, who has been capturing children, pursues them with the intention of selling them as slaves to the Saracens. While in Paris, Robert discovers an underground city of orphans. Fearing the Black Knight, the mayor entrusts hundreds of orphans to Robert, who promises to take them to Richard. The now-massive child army makes its way to the southern coast, where Richard supposedly is. They encounter Mathilda (Deborah Moore), a powerful woman and would-be knight. Mathilda, forbidden from becoming a knight by her father, opts instead to join Robert’s party. The whole party arrives at a castle by the sea, but it turns out to be a trap set by the Black Knight and the Saracens. Robert challenges him to single combat and eventually triumphs. The remaining Saracens ready themselves to attack Robert’s party and, at the last moment, Richard the Lionheart arrives as a crusader ex machina to crush the Saracens. After reconciling with his father, Robert decides not to join Richard, vowing to protect his roving band of orphans.

Lionheart is loosely based on the medieval story of the Children’s Crusade. The actual historicity of the Children’s Crusade is disputed, as there are a handful of later medieval accounts that describe it but few written at the time. As the legend goes, in or about the year 1212, a young boy named Stephen received visions that he was to lead a band of children to the Holy Land to convert the Muslims. Inspired by his visions, Stephen gathered a band of children and led them through to the coast of Italy, where they hoped to sail for Jerusalem. A second Children’s Crusade also occurred in Germany around the same time, this time led by a child prophet named Nicholas. They, too, sought passage to Jerusalem but were unsuccessful.

The film does allude to the legendary status of Richard the Lionheart, which does align with the medieval sources. In particular, the Itinerarium Peregrinorum et Gesta Regis Ricardi, which was written in 1191, gives a heroic account of Richard’s crusading adventures. Indeed, even the nickname “Lionheart” speaks to Richard’s status as a sort of folk and literary hero of medieval romance.

The film, however, makes several glaring historical errors. Richard the Lionheart is referred to as “Richard II of England” in the film’s title card, an error which seriously undermines any claim to historical accuracy. As a representation of the Children’s Crusade, Lionheart captures--at best--the broad strokes of this tale. It does follow a large group of children who wish to join the Crusades. However, it fails to capture several details of the historical (if it existed) Children’s Crusade found in the primary sources. In no version it is led by a knight, nor specifically one named Robert Nerra. Further, the historical Children’s Crusade happened well after the time given in the film. It is said to have occurred in 1212; the film is explicitly set in the late twelfth century. Indeed, the actual Richard I was dead long before the real Children’s Crusade, thus negating this entire plot point.

There are numerous other failings of this film – technical, artistic, and otherwise. But Lionheart’s bastardization of the Children’s Crusade and its false connection with the actual Third Crusade are the film’s most profound failures. The film set out to be an entertaining action-adventure kiddie romp that drew inspiration from the actual history of the Crusades. In the end, it really succeeded at neither. 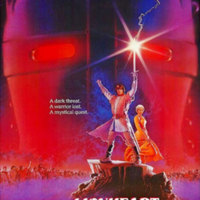