Luther, released in the fall of 2003, tells the story of Martin Luther, one of the most important figures in the Reformation during the sixteenth century. Directed by Eric Till and partially funded by Thrivent Financial for Lutherans, a noticeable agenda pulses through every character, dialogue, and scene in this epic historical drama. Joseph Fiennes plays a compelling Luther, filled with doubt and insecurity. Luther is a cinematic exhibit of how Martin Luther’s ahead-of-his-time enlightenment and wisdom came out of the “corrupt” Roman Catholic Church of his time. Luther almost broke even in the box office with a production budget of $30 million. The film’s total foreign gross of $23.6 million and international popularity greatly outshined its total domestic gross of $5.8 million.

The film opens with Martin Luther’s promise to become a monk while stuck in a disastrous thunderstorm. After his utter failure in his first sermon as an Augustinian monk, his mentor Johann von Staupitz (Bruno Ganz) sends him as a messenger to Rome where Luther encounters, first-hand, the Catholic Church’s selling of indulgences. As an already-troubled monk, questioning God and the Church, Luther becomes enraged with the Church’s corruption. Returning from Rome, he is sent to Wittenberg to study theology and quickly graduates to the position of doctor and professor. Meanwhile, John Tetzel (Alfred Molina) preaches the selling of indulgences for Pope Leo X (Uwe Ochsenknecht) in nearby German cities. Luther finds out and posts his Ninety-Five Theses on the Church door in Wittenberg, sparking the Reformation, which leads to his swift excommunication by Pope Leo X and subsequent condemnation as an outlaw by Holy Roman Emperor, Charles V (Torben Liebrecht) at the Diet of Worms in 1521. Luther, forced into hiding and protected by Frederick the Elector (Peter Ustinov), translates the New Testament into German vernacular. During his absence, German peasants revolt on Luther’s behalf; however, Luther condemns the mobs’ acts of violence, leading to their quick suppression and the death of 100,000 peasants. Luther seamlessly comes out from hiding without trouble and marries Katharina von Bora (Claire Cox). The film ends with Martin Luther hearing the news from the Diet of Augsburg, where the German Princes refused to ban Protestantism and the translated New Testament.

Although the story of Martin Luther and his prominent role in the Reformation is adequately presented, the filmmakers made sure that Luther is shown in an enlightened and holy manner, constantly, and this characterization is best seen at the Diet of Worms. He is the only student to argue a counterpoint against his theology professor, which leads, almost instantaneously, to Luther becoming a liberal-minded Doctor of Theology at that same university, humorously mocking the Catholic Church in his lectures. It is a simple agenda; Luther is always right, and the Church officials are always wrong.

The filmmakers present many historical events accurately and quickly. If you have never studied the Reformation, you will learn an incredible amount of historical information; however, if you are familiar with this time period, this film may seem like a 124 minute textbook recap, lacking any creative juice from either the director or screenwriters. The cinematography is lackluster though Joseph Fiennes and Peter Ustinov give exemplary performances as Martin Luther and Frederick the Elector of Saxony, respectively. 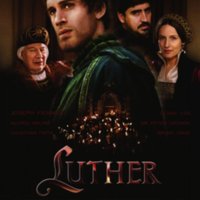